All in for Mental Health

“One of our values is trailblazing and we really tried to highlight that this year,” says Erin Gheen, the Philanthropy Director for Theta Alpha Chapter. “We’re changing. We’re growing. We’re adapting with what’s needed and this is what is right now.”

Erin is also quick to share her passion for the new philanthropy. The potential to do good through philanthropy and service is one of the things that drew her to Kappa in the first place. She says that holding the position of Philanthropy Director is her dream job.

When Erin found out that Mental Health Awareness Week was Oct. 3–9, she realized it fell at the perfect time for college students who could use a friendly reminder to focus on their mental health. “It’s right in the middle of the semester and this is normally when people start to struggle with midterms,” she says.

The members of the chapter’s Philanthropy Committee brainstormed what they could do to support not only their sisters but the entire campus community. The result? A whole week of events tailored to mental health and well-being.

Sunday Pet Your Stress Away

Kappas volunteered at a local animal shelter. They walked dogs and played with cats. It was a win-win for members to spend time with furry friends while supporting the shelter, which was in need of volunteers.

The chapter hosted a meditation course with one of SIUE’s professors who reached out to Erin to support the chapter in its Mental Health Week. Kappas got to practice breathing exercises and talk about the importance of loving and taking care of their bodies.

In a central area of campus, members filled a giant board with positive messages and affirmations for all students. Those walking by were encouraged to take one or leave one. “So many people walked by and said, ‘Thank you. I really needed this,’” Erin says.

Wednesday Is for Sisterhood

The Sisterhood Director wanted in on Mental Health Week too. Together, they planned a friendship bracelet-making event for members to spend time together and listen to each other’s favorite songs on a playlist created for the event.

Thursday Pick Me Up

What better way to start the day than with a donut? Chapter members could swing by for a sweet treat first thing in the morning or on their way to class.

The week wrapped up with a programming event on mental health and well-being. Abby Reno, the VP of Member Development, explored the history of mental health and why it became something we didn’t talk about and then discussed how Kappas can break the stigma and care for ourselves while checking in with others at the same time. 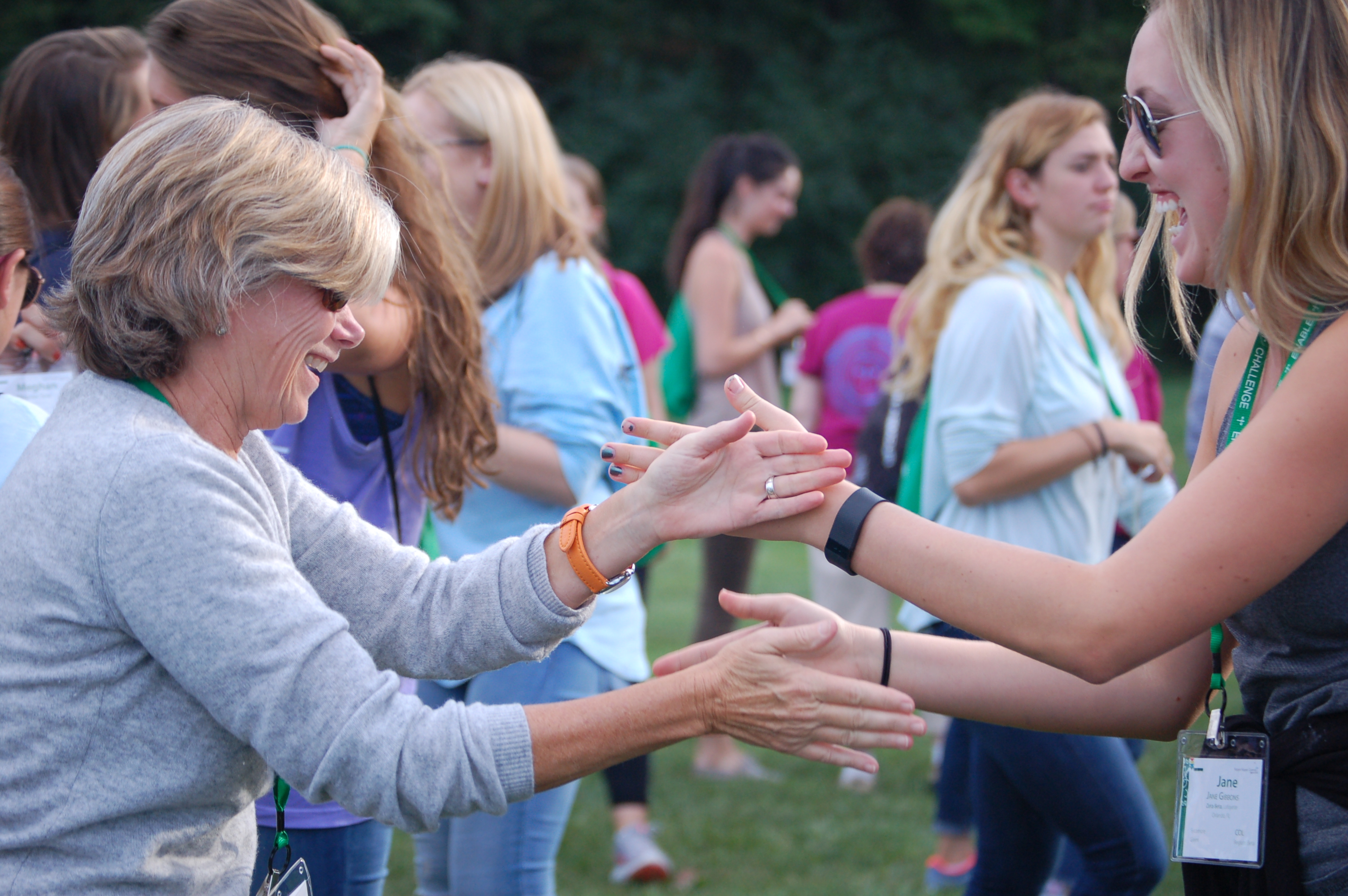 $35,000 GIFT FUNDS SPEAKER SERIES ON THE CONNECTION BETWEEN KINDNESS AND MENTAL HEALTH AND WELL-BEING