Discover the impact of the more than $3.6 million in generous donations in 2021-22. From education and scholarships to financial assistance and preservation of history. you sparked positive change in the world.

As Kappas dream big and pursue their education goals, the Foundation empowers them with financial support. Together, we're helping members reach their full potential. First-generation students are trailblazers. They overcome seemingly impossible challenges, seek new opportunities and strive to make them real. More than 9% of the student body at Carnegie Mellon University is comprised of these trailblazing students. Mireya Sotelo, Carnegie Mellon, is one of them.

As Mireya works to obtain a bachelor’s degree in business technology and human-computer interaction, she’s shouldering the financial burden of tuition. A Kappa Foundation scholarship has eased the burden: "It helps alleviate some of the financial burdens so that my siblings and mother can attend school as well," Mierya says.

The scholarship also allowed Mireya more time for on-campus organizations, including the Latin Student Association, the First-Generation Association and the Tartan Scholars. “Through these organizations, I am able to support younger students in similar ways that others did for me during my first year at Carnegie Mellon,” Mireya says. “It’s also an opportunity to keep important parts of my identity intact.”

Mireya works two jobs during the school year to cover rent and groceries. This summer, she’s working as a technology analyst with Citibank.

After she graduates, Mireya hopes to find her way back to Texas to be closer to family and to work as a technology or business analyst. Looking toward the future, Mireya says she would like to pursue a master’s degree in data analytics in the hopes of contributing to the future of the technology industry.

Financial assistance grants, also known as Rose McGill Grants, are available to collegians and alumnae when they face unexpected challenges and need financial help. Whether a member experiences a job loss, illness, natural disaster, or other unfortunate situations, Kappa is here to help.

Summers during college can be filled with internships, study abroad, and for many students, a summer job to help make ends meet. Alice Hryhorovych, Cornell, an international student from Ukraine, works two jobs on campus during the summer. Going home to Ukraine for the summer is not an option. Her parents are unemployed because of the war in Ukraine, so they cannot help her pay for housing. She lives in the Kappa house during the school year but summer housing in Ithaca, New York, is limited and expensive.

Since Alice began her pursuit of education, she’s paved her way with hard work and a hand up. Her first exposure to the U.S. education system was through a grant she won in high school to spend a year as an exchange student in Indiana. Later, she took a gap year in Ukraine to apply to colleges while teaching English to children. She was accepted at Cornell University, where she now studies information science. Her future plans include working in the intersection of data science and tech to solve problems.

Alice’s first year at Cornell was online because of the pandemic. She longed to meet more people and make more friends. She admits she didn’t envision herself as a sorority woman — Greek life was completely unfamiliar. But her desire to expand her circle was strong. Alice says she was inspired to go through Recruitment when she met sorority women who shared similar goals and had a good balance of social, professional and academic focus. Joining Kappa and living in the house has been one of her best experiences and she says her parents are so happy that she’s never alone.

“I found sisterhood and family within Psi Deuteron Chapter and … cannot imagine my life without the connections I built in Kappa, the memories I made living in the house, and the work I am gladly putting into my chapter,” Alice says.

When it became clear that Alice’s parents would not be able to help her with her summer living expenses this year, she applied for a grant from a campus organization but was rejected. She kept searching and found the Rose McGill Grant application on the Kappa website and applied. Kappa was already there for Alice for friendship and a home. Now she found financial assistance through Rose McGill during her time of need. She says the support helped so much and her parents are so happy that she has the financial help but also for the community of friends and the emotional words of support that mean so much.

Alice echoes her parents’ feelings about what Rose McGill and Kappa have meant to her: “So many have reached out to me expressing their support. But when I saw the [inter]national organization showing support, it has meant the world to me. I’ve received support in so many ways — in every way possible — I feel even more accepted and at home,” Alice says. The most far-reaching program area of the Foundation is Kappa’s educational and leadership programs. Programs, such as Talkspace, Leadership Academy, Career Academy, GIRLS Academy, virtual and in-person training, and more, offer members valuable life skills and experiences essential to their development. Mental health resources are needed now more than ever. In any given year, one in five Americans and one in five Canadians will experience a mental health illness or problem. Thanks to your support, the Foundation has a grant that provides Talkspace services free of charge to collegiate members and provides a discount to alumna members. Over the past year, 1,572 collegians accessed Talkspace to get mental health support.

In honor of Mental Health Awareness Month in May 2022, the Kappa Foundation launched a virtual series on the impact of kindness. In this series, Kappas learned how being kind to others, ourselves and our minds is vital to living fully. A generous gift from Christina Eichler Bullock, UC Davis, made this series possible.

This series included the following speakers and topics:

“I was inspired to support this kindness series because I wanted to promote the change I wish to see in the world,” Christina says. “I couldn’t be more excited about this project and hope it inspires not only our Kappa sisters but all women to always be kind and supportive of one another,” she says.

A participant shared, “You have enhanced my life exponentially this past month. I know I have learned a great deal and I have been all that much more capable of going out in the world and sharing my compassion and appreciation. I am so grateful for your gift and support of this very special series.” Kappas create generational bonds by honoring founders and alumnae through compassionate conversations and meaningful connections. The Foundation preserves and archives Kappa history to inspire positive change for the next 150 years of empowering women. The Stewart House Museum in Monmouth, Illinois, remains the crown jewel of Kappa. In September 2021, the Kappa Foundation celebrated the dedication of its new landscaping project and Sesquicentennial Garden.

On the grounds of The Stewart House, a new kitchen garden demonstrates how women cared for their families; walking trail signs share the story of each Founder; and a new arbor replicates the earliest known photograph of The Stewart House. The project was completed thanks to generous gifts from Kenny and Susie Thomas Jastrow, Texas; the estate of Mariann Lyon, Texas; and additional donors. 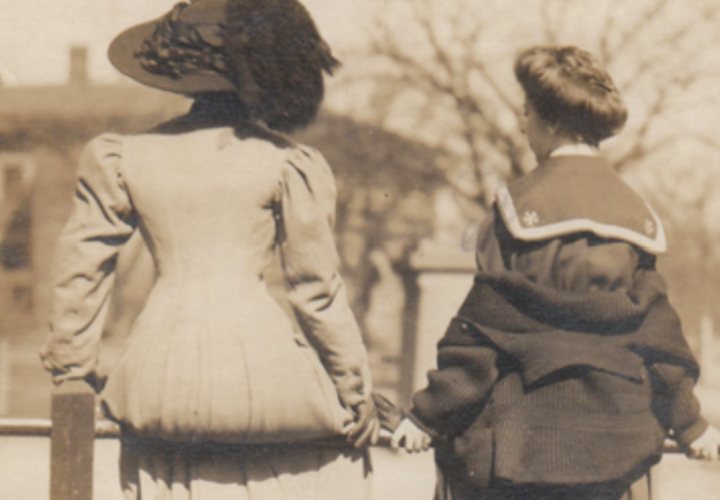 Dive into women’s history with Director of The Stewart House Museum Dr. Mary Osborne, Monmouth. Throughout the summer of 2022, Dr. Osborne hosted in-person and virtual programming for anyone looking for a taste of our heritage. 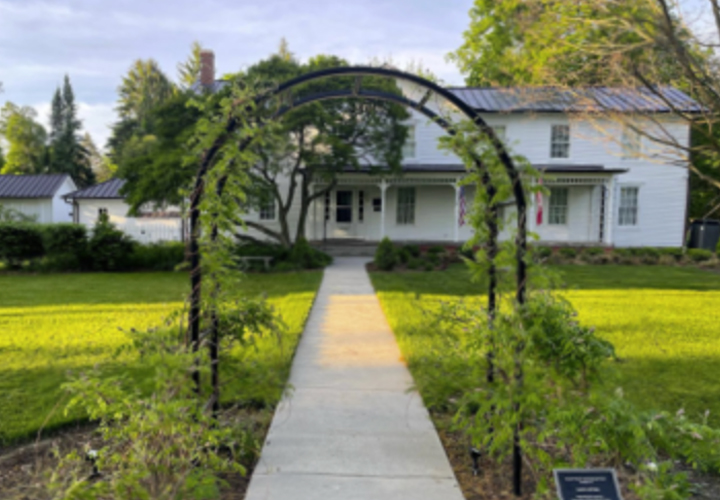 With summer comes time for travel and adventures with friends. In the Font Porch Fridays series, Dr. Mary Osborne shared stories about Minnie Stewart’s visit to sunny California, her brother’s trip around the world, and the excursion of Dr. Mary Crawford, Cornell, to France. 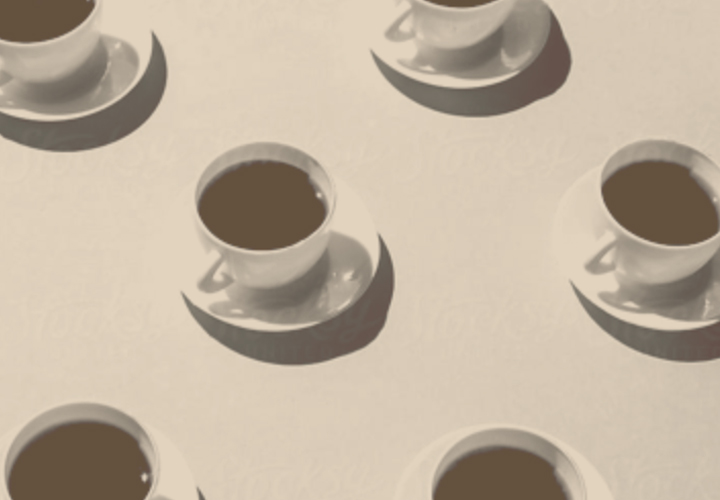 Dr. Mary Osborne served tea and snacks to guests with a 1918 China set. After tea, Dr. Osborne entertained and educated guests with toys from Gilded Age, including dolls, a copy of “Little Lord Fauntleroy” and a stereoscope.

The influence of our surroundings as collegians can be profound, and Kappa’s chapter houses exist to ensure that the youngest members are positioned for wellness, friendship, and success in their academic years. Kappa houses are designed with intention, animated by generations, and sustained by the generosity of those like you who appreciate all that they can mean to a student. Thank you!

Your unrestricted gifts are uniquely valuable. In trusting our stewardship of your support, you allow the Foundation to assign funds where they are most needed at any given moment. Whether they are directed to fund scholarships, financial assistance grants, educational and leadership programs, or the preservation of Kappa’s heritage, your generosity becomes as flexible as it needs to be, and we thank you!

The Sapphire Circle recognizes annual giving by honoring donors who contribute $500-$999 during the fiscal year in unrestricted or broadly restricted funds.

The Iris Circle recognizes annual giving by honoring donors who give $1,000 or more during the fiscal year in unrestricted or broadly restricted funds.

The Omega Society honors Kappas and friends who have made commitments to the Foundation through their estate plans. These supporters recognize the work of Kappa extends well beyond any one lifetime, and want their support to continue on after they are gone. There are 296 living members of the Omega Society, with known commitments of $5,086,295 from 91 of the members.

Our investment manager is Mercer Advisors. The Kappa Finance and Investment Committees value Mercer’s investment management abilities; experience with responsible, environmental, social and governance investing; focus on gender diversity within the firm; the broad selection of investment choices; performance reporting and client service model; and fees. Kappa’s first objective is to protect the assets that so many donors have given and second, to grow those assets over time. We use a variety of investment strategies to achieve those objectives and our committee, which is made up of Kappa volunteers that are experts in the space, monitors the portfolio quarterly.

As of June 30, 2022 the Kappa Foundation endowment was $53,273,327 with 126 endowed funds. Endowed gifts make a transformational impact in Kappa’s programs and the lives of women. These funds may be established with a minimum $75,000 investment over five years. 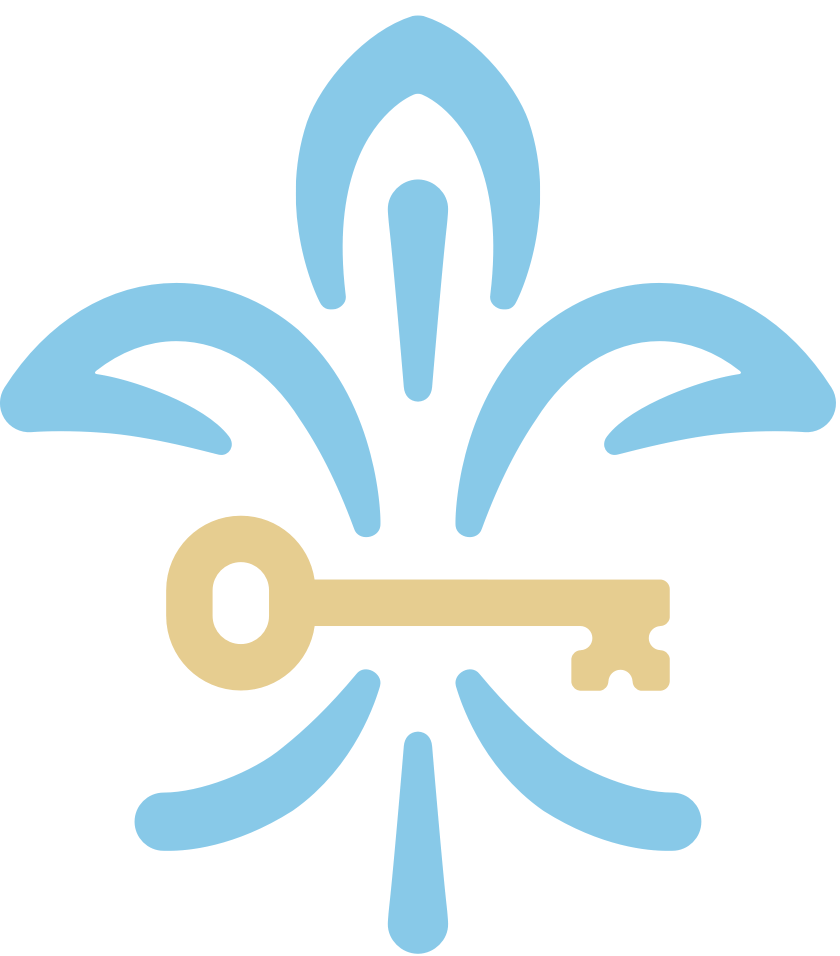 The mission of the Kappa Kappa Gamma Foundation is investing in our members by funding programs that fulfill the evolving needs of women. Thank you for helping women dream boldly and live fully through your support!

Our next Founders Day Giving Challenge