One hundred fifty years ago, our Founders started Kappa to gain the equal right to engage in scholarship, leadership, philanthropy, social life, and, later, professional association.

"One hundred fifty years ago, our Founders started Kappa to gain the equal right to engage in scholarship, leadership, philanthropy, social life, and, later, professional association,” Fraternity President Gail Owen said. “The Monmouth bridge was the birthplace of our journey, the starting point of a voyage of discovery. It’s a journey we’re still on today. Only 150 years of Kappa history has been written. The story of Kappa is still young. As we reflect on where we began, what we have done with all that was given to us, most important is how we, together, intend to build a bridge to Kappa’s next 150 years of empowering women."Kappa was founded in 1870 at Monmouth College in Monmouth, Illinois, by six women: Anna Willits, Jennie Boyd, Lou Stevenson, Lou Bennett, Minnie Stewart, and Sue Walker. Together, they believed in women’s potential to positively impact the world — a belief that lives on today in the organization’s tagline: “Dream Boldly. Live Fully.” Since then, Kappa has grown to be an international organization comprised of 145 active chapters across North America and 240 alumnae associations around the world. Over the last 150 years, more than 300,000 individuals have joined in the bonds of sisterhood to live Kappa’s shared values of truth, connection, respect, optimism, trailblazing and knowledge.

“These six women were among the earliest women to enroll at Monmouth College and were intent on leaving a lasting legacy,” said Kylie Smith, Kappa’s Archivist and Museum Director. “Their legacy has grown far beyond. Our members have contributed to women’s rights, fought for women’s suffrage, led governments and businesses, discovered scientific breakthroughs and more.”


About Kappa Kappa Gamma
For 150 years, Kappa Kappa Gamma has provided leadership opportunities, educational programs, and, most importantly, the unwavering support of loyal sisters to help members dream boldly and live fully. With 145 active chapters in the U.S. and Canada, more than 240 alumnae associations around the world, and more than 300,000 initiated members since its founding, Kappa empowers women to pursue their potential. The Kappa Kappa Gamma Foundation delivers educational and leadership training, preserves the Fraternity’s heritage, provides scholarships, and offers financial assistance to members in need. For more information about the Fraternity or its Foundation, visit www.kappa.org.

Join us in celebrating Kappa's historic milestone with a gift of $18.70 to
the Kappa Foundation. 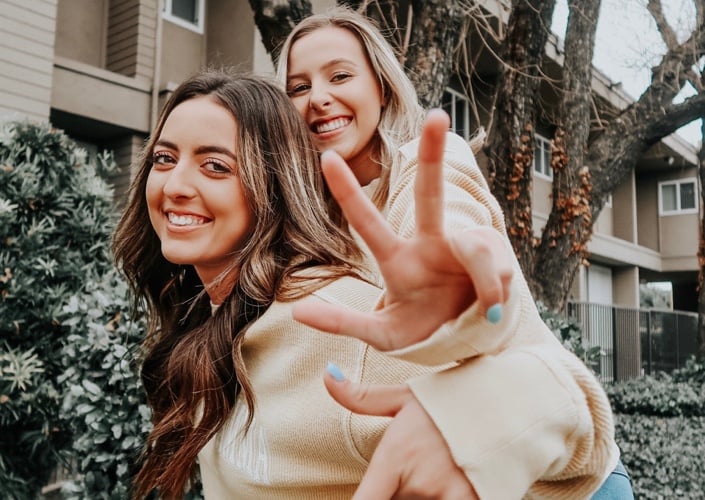